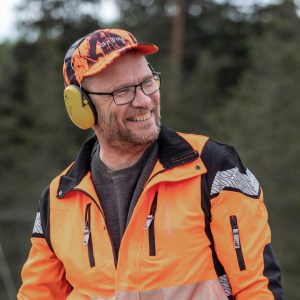 Jarmo Kemppainen has worked as a production manager at the Höljäkkä production plant from 2010.

After elementary school, Jarmo completed a basic course in the wood industry in Pieksämäki, and studied further to become a logger in Mäntyharju. After military training he started working in Metsäliitto.

Learning about pole production in the forest

“I’m a lifelong learner. I’ve worked with many different companies in the wood industry since I was young” Kemppainen says. Wooden poles have been a common thread throughout his career.

“It was very small scale, if you compare it to the operations of Scanpole today”.

In 1980 Kemppainen measured, hewed down, peeled and distributed pole trees. As a measurer he had front row seats to witness the fast-changing technology. “I was taking vertical measures in Vapo and Metsäliitto. Then came handheld computers, with which we measured trunks in the forest, until we moved onto machine measuring. At first the machines only looked after qualifying and cutting” recalls Kemppainen, who himself too once hewed down trees with a chainsaw.

“It was very small scale, if you compare it to the operations of Scanpole today”.

In 1990 Kemppainen returned to school and studied to become a forestry technician in Siilinjärvi Wood Institution. After school his career took him to Finnforest’s Kolho production plant at the border of Pirkanmaa and Central Finland.

“I managed the production and occasionally looked after the sales of impregnated wood material and poles at Kolho. I also worked as the quality and environmental manager, and when I moved onto Iivari Mononen as part of the acquisition, I continued as a quality manager at Mononen” Kemppainen says.

Kemppainen worked as a procurement lead for six years, purchasing raw materials for poles at the Kolho plant from Pirkanmaa and Central Finland.

The Kolho production plant operated under Iivari Mononen until 20211, after which pole operations were centralised in Höljäkkä in Nurmes and the Kolho centre was closed down.

Jarmo Kemppainen moved on from his procurement lead duties to manage production in Höljäkkä in 2010.

“These years have been filled with work and interesting challenges.”

“These days my work includes personnel management and managing production as well as logistics at Scanpole Oy Höljäkkä production plant”.

Iivari Mononen has grown exponentially through acquisitions during the past ten plus years, and Jarmo Kemppainen has had first row seats to witness the change. He considers his employee a very development positive operator.

“These years have been filled with work and interesting challenges. Changes taking place at the world markets have occasionally caused production and logistic challenges, but luckily we’ve managed to always find new markets and keep the production running” Kemppainen says. 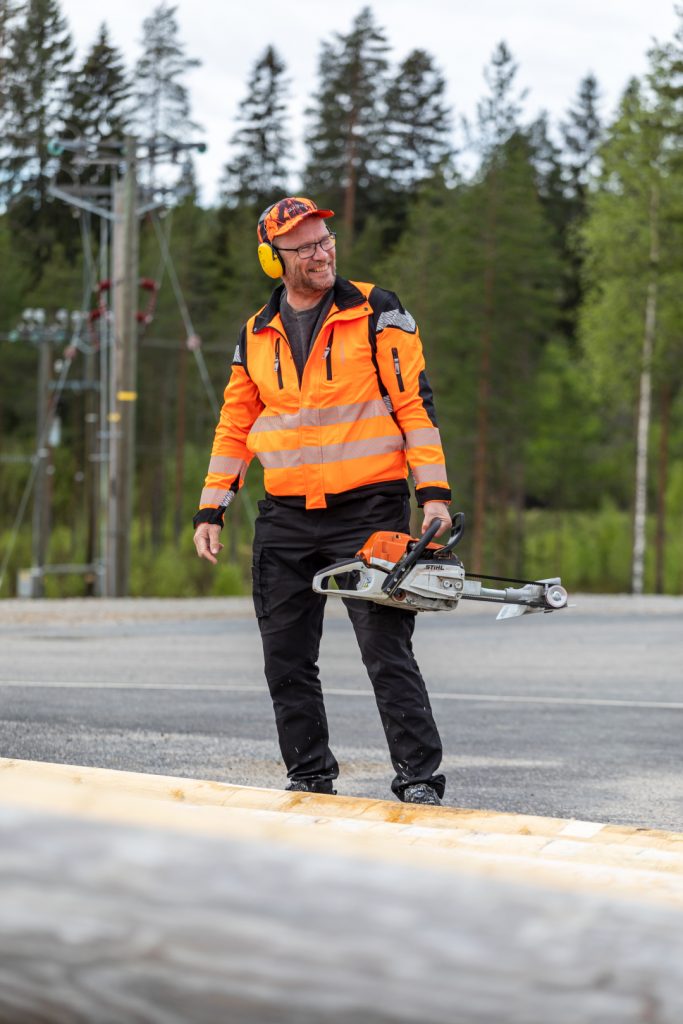 Back to news
Kategoria: Career Stories